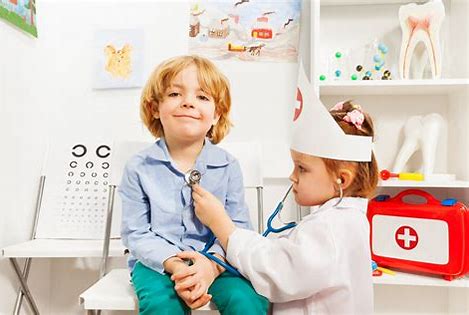 January 2021: 81% of 1,612 consumers in our healthcare poll say they did not go to the doctor in 2020 and 79% say they have “significant amounts” of unused health savings dollars left over. One issue is a majority say their employers didn’t adjust their FSAs to allow them more time and flexibility to use the savings for medical care in the year ahead. A majority polled say they are moving from FSAs to HSAs in 2021 or were considering. Look for full results in our consumer poll briefing coming this spring.

September 2020:  68% of 1,362 parents say their teen high schooler is playing fewer sports activities than this time last year, largely due to Covid restrictions or cancellations, and the effect is an increase in reported depression, anxiety, substance abuse and other risky behaviors. 20% report depression, up from 13% last year, and 15% alcohol use, up from 6%. The percent of parents reporting potential or diagnosed eating disorders in their teens increased slightly from 5% to 7%, but this is a meaningful increase given that the percentage was under 2-3% for the last decade. “Teens of all ages are struggling with the changes to their social life, school, athletics, music – many are adapting and hanging in, some are struggling.” The effect on parents is magnified as 78% who said their teen was dealing with increased anxiety or depression report being more anxious or depressed themselves, or “drinking much more” than before.

July 2020: 61% of college students will forgo school this year according to our random poll of 417 incoming freshman and sophomores and more than a third of those “taking a break” report plans to try and ‘start up digital businesses’, namely apps, many partnering with fellow classmates and old friends. “I was basically told by my parents that the $45,000 a year for a few virtual classes wasn’t in the cards, which I get – so me and my friends created this app to help parents find home-school teachers this year,” says Wiley Platt, 19, who was due to be a freshman at Illinois. Ann Tu, 20, is skipping her junior year to team up with her 5 suitemates to start a singing app that nursing homes and hospitals can use bedside to help patients feel better. “We’ll have a collection by year – songs from the 40s, 50s, Broadway, songs like “You Light Up My Life,” Tu says. The 5 suitemates will “cover” the songs. They are all drama clubbers at schools in North Carolina, including Duke and Wake Forest. Incoming high school seniors are similarly looking to adapt to what 91% assume will be a “dud of a year.” Nearly a third are looking to find work to help them beef up their resumes in anticipation of “a more competitive” acceptance process for the 2021 fall college year, namely starting apps for everything from restaurant reviews and vegetable-based desserts for people with conditions like diabetes to college essay services and exercise apps like Kentuckian Ollie Phelps’ idea to help people elevate mood by creating customized music sets throughout the day. Phelps says he reached out to the Olympic swimmer by the same name to be a spokesman. No word, but one can dream. 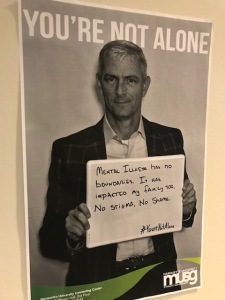 May 2020: 51% of high schoolers out of 135 polled this past week report ‘eating much less’ or ‘eating much more’ than usual, as compared to behavior before the crisis. This pales in comparison to the 71% of college students whose eating habits have changed.  Most cited ‘rising stress’ about the year ahead, doubts about jobs, or ‘lack of social interaction’ for the change. In a bit of a positive, 19% of high schoolers said they have been more productive and focused on their interests, ‘entering contests’ and ‘practicing music’ as a way to position themselves for college applications. Several said they believe most colleges that were once ‘reaches’ or ‘not even thinkable’ are now possible with SAT requirements possibly changing or changes in what colleges will look for if enrollment drops.

April 2020: In a bit of depressing but not-that-surprising validation of trends already unfolding, 68% of 13,209 readers polled in early April 2020 said that increasing incidence of alcohol addiction is the most likely result of the pandemic, based on a list of 8 options. Divorce or separation was the second most likely scenario, according to 15%. In fact a ‘marital therapist’ we talked to said her caseload is double. Colleges waiving SAT requirements was the third most likely scenario, which may benefit all those class presidents with 2.5 GPAs. Several colleges, like the University of Oregon, have already said SATs are optional since juniors didn’t get a chance to take them yet. Only 8% said we’d ‘go back to normal,’ while 23% said PTSD likely surges, limiting participation in things like public transportation, youth sports gatherings, or Uber sharing, although 40% said the isolation now likely spurs more interaction than ever after the pandemic lists, and actually starts to limit use of technology among youth and adults.

“You’re Not Alone”: As background, this photo hung inside the basement halls at Marquette University when my son Jack and I toured there in 2019. It speaks not just to the moment in our country but our collective feeling about mental health. We are changing our attitudes, one crisis at a time…73% of 39,426 readers polled in March 2020 said they are more sensitive and aware of the importance of mental health than they were a decade ago. In fact, back in 1999, just 13% said they ‘understood’ mental illness – a number now at 54%.